We advanced the field of stem cell therapy by showing that cell-autonomous innate immune pathways are critical in DNA accessibility and cellular plasticity required for changes in cell fate. It is well-known that the toll like receptor pathway (TLR) 3 is activated with tissue damage (via damage-associated molecular patterns, DAMPs) or pathogenic challenge (e.g. via pathogen-associated molecular patterns, PAMPs).  We  showed that activation of this pathway is required to generate induced pluripotent stem cells (iPSCs).  (Lee et al, Cell 2012).  This inflammatory signaling causes global changes in the activity and expression of epigenetic modifiers to increase DNA accessibility and fluidity of cell fate. 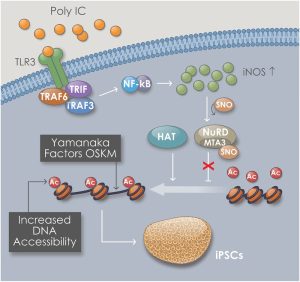 The laboratory is developing methods to modulate this pathway for therapeutic applications in healing. 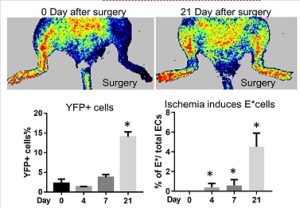 In vivo transdifferentiation. This same inflammatory signaling (“transflammation”) is involved in transdifferentiation from fibroblast to endothelial cells (ECs) in vivo as shown using a lineage tracing system in a murine model of limb ischemia. We found that a subset of fibroblasts can differentiate into ECs to restore blood flow in an ischemic tissue as assessed by lineage tracing and scRNAseq studies.  (Meng S et al, Circulation 2020) 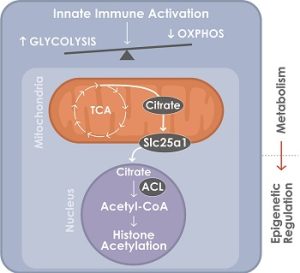 The laboratory is currently developing methods to modulate this pathway for therapeutic applications in healing.

Recovery from Heart Failure is a Vascular Recovery 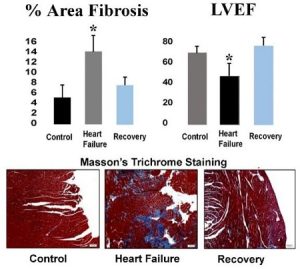 We have developed a murine model of heart failure (HF) through administration of angiotensin II and L-NAME. Cessation of these drugs is associated with recovery of heart function, with a reduction in fibrosis and an increase in vascularity. We have accumulating evidence that this cardiac recovery is due to a vascular recovery, with a reversal of fibrosis and a restoration of the microvasculature. Understanding of this pathway will permit its therapeutic modulation. For example, fibroblasts migrate into areas of a myocardial infarction to form scars where heart tissue is damaged. One goal would be to induce in vivo transdifferentiation of these cells to become endothelial cells (ECs) at the site of damage. These new ECs could instead form the microvasculature needed to provide an environment that nurtures cardiac stem cells. This would improve healing with functional tissue, rather than with scar tissue.

Extending the Telomere for Vascular Rejuvenation

Another approach to cardiovascular regeneration is to extend the telomeric DNA to increase the replicative capacity and function of the cell. Our lab has developed a modified mRNA approach to transiently express telomerase in human somatic and adult stem cells. This approach increases telomere length and enhances replicative capacity of the cells. We have generated and extensively characterized iPSC-derived endothelial cells and vascular smooth muscle cells from Hutchinson-Gilford Progeria Syndrome (HGPS) patients and their unaffected parents (Matrone G et al, Cell Cycle 2020). 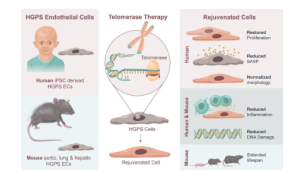 We work closely with our Nanomedicine colleagues to develop nanotherapies for cardiovascular medicine. Currently we are generating mRNA hTERT lipid nanoparticles(LNPs) for enhancing cell therapies.  In a study with Avita Medical Inc. we are using hTERT LNPs to enhance their skin product for older burn patients. Skin from the donor site is disaggregated into a single cell suspension; mixed with hTERT LNPs; and sprayed onto the wounded surface. Studies in animal models are ongoing. 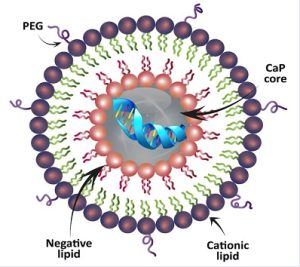 Lipid Nanoparticle (LNPs) can contain be ionizable or cationic lipid particles.  The structure also includes polyethylene glycol (PEG).  These structures bind hTERT mRNA and it remains in the core.  The cell membranes fuse and the mRNA can enter the cytoplasm for translation.

We have co-developed nanopatterned collagen threads implanted to generate human lymphatic iPSC-ECs to treat lymphedema. This work is performed together with our corporate partner Fibralign, and it is supported by funding from the U.S. Department of Defense. In parallel studies, we are now studying the ability of collagen scaffolds to deliver mRNA. Our research into cardiovascular nanotherapies is supported in part by the George and Angelina Kostas Research Center for Cardiovascular Nanomedicine. 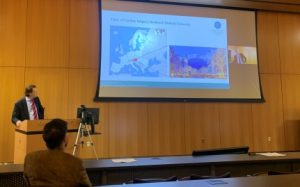 The center produces a seminar series called “Progress in Cardiovascular Sciences,” which brings together basic sciences researchers to present their latest work in progress at Houston Methodist. Typically, a postdoctoral fellow will present their work-in-progress(WIP), and a second postdoctoral student from another laboratory will discuss a manuscript related to the WIP and published recently in a high impact journal.

In addition, we present a monthly talk show from the DeBakey Heart and Vascular Center studio entitled “At the Cutting Edge of Cardiovascular Sciences”. Invited guests are leaders in a particular field of cardiovascular medicine or biology who present their latest work for discussion.

9.13.21 DeBakey CV Live: At the Cutting Edge of Cardiovascular Science on Livestream

The Weill Cornell Graduate School of Medical Sciences (WCGS) has expanded its PhD program to an additional campus at Houston Methodist Academic Institute. This is a new enhancement, building upon the 16-year academic affiliation between Weill Cornell Medicine (WCM) and Houston Methodist to train the next generation of scientists. For more information: https://www.houstonmethodist.org/weill-cornell-phd-program/

Additional educational events are offered in biotechnology and in device development and entrepreneurship. The center also provides project selection for seed grants and project guidance toward licensing or company formation, as well as mock study sessions for fellows and junior faculty who are submitting grants related to cardiovascular disease.